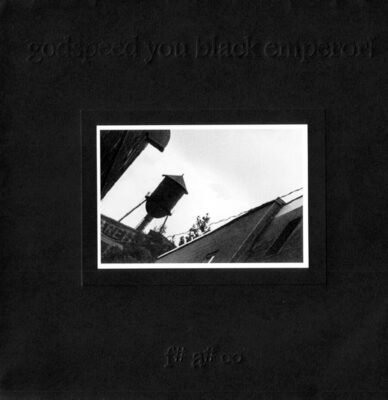 The first vinyl album release from Canadian collective Godspeed You Black Emperor! takes experimental non-rock to its next stage, presenting two collages of samples, noise and recurring orchestral-ambient themes which evoke the fragility of human flesh engulfed by industrial dereliction. F♯ A♯ ∞ was substantially expanded and rearranged for a CD release in 1998, while the group’s second album, Lift Your Skinny Fists Like Antennas To Heaven, was one of the tiny handful of truly engaging works to emerge from the very early days of the 21st century and its rising tide of hollow mimicry.