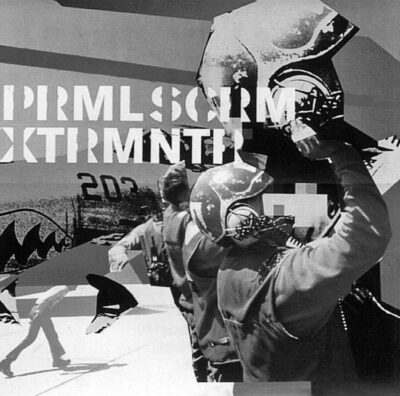 Closing out the decade, the millennium, and this book, Primal Scream unleashed Xtrmntr, definitively resolving the dichotomy between their thirst for experimentation and holy devotion to maximum rock and roll. As an all-consuming experience Xtrmntr radiates out from the post-Suicide perfection of its epicentral mastertrack “Keep Your Dreams” in a multi-layered maelstrom of massive beats, sick hooks and impassioned politico-poetics culminating with “Shoot Speed/Kill Light”, a majestic requiem for the age of Lucifer. Primal Scream were not done yet, releasing an equally compelling sequel, Evil Heat, in 2002; but by then the flame of true rock and roll was little more than a trailing distant spark in a black and boundless void of digitally-enhanced drivel, an extinguishment precipitated by the rise of the internet and its inexorable cretinization of humanity, human behaviour, and all human culture. Rock is dead – vive le rock!