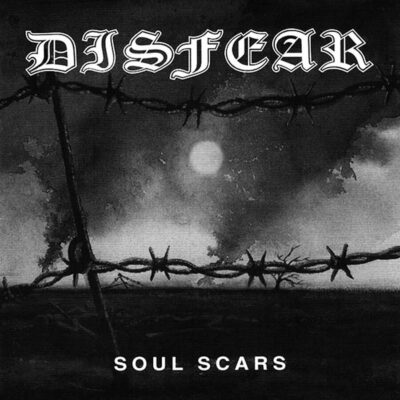 In a year when American death metal could only offer the nostalgic corpse-twitch of Cryptopsy’s None So Vile and Swedish bands like Entombed had already defected to a new form of deathly heavy rock as the age of music recycling began to gain traction, Disfear were the first of several Swedish bands to resurrect the corpse of 80s D-beat by imprinting it with a galvanising jolt of death metal lightning. Recorded at Sunlight Studios with a full metal sound, Soul Scars presents a heavily-crusted, bone-shattering and war-like cataclysm of unrelenting anarcho-death, an aural armageddon with the historic power of Discharge and Motörhead rolled into one and rapidly accelerated to maximum lethality.