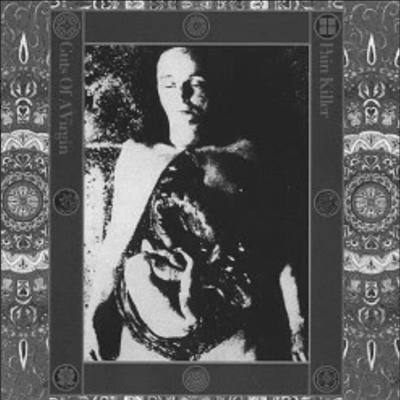 GUTS OF A VIRGIN

After warming up with his experimental, grindcore-influenced but at times overly comical unit Naked City, avant-garde sax-player John Zorn got serious with Painkiller, a new band uniting him with bass player Bill Laswell and Napalm Death drummer Mick Harris. Guts Of A Virgin, one of two albums recorded and released by Painkiller in 1991, retains Zorn’s earlier free noise/grindcore fusion but allows for greater intensity by including several lengthier compositions, the music attaining a zenith of beautiful horror perfectly matched by the album’s “controversial” cover art, which was ludicrously seized and destroyed by UK Customs and Excise.