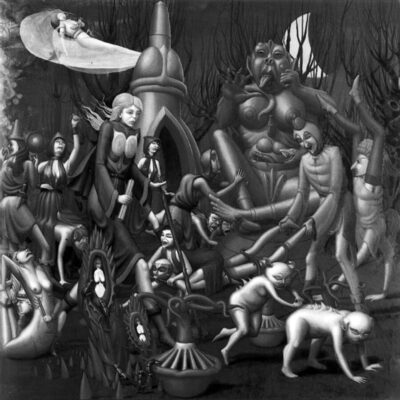 Mostly reduced to a slow, massive, remorseless distorted grind but also capable of breathless acceleration, Forest Of Equilibrium was the ultra-metallic heavy rock debut of Cathedral, an English band fronted by former Napalm Death vocalist Lee Dorrian. Through seven lengthy tracks Cathedral present their blueprint for a second wave of post-Sabbath sound excavations, even heavier and more extreme than the first, and ultimately psychedelic in its brain-bending convolutions. The album’s Bosch-inspired artwork and the lyrical concerns of the songs seem to point towards the metaphysical, perhaps an attempt to weave a thread of medieval awe through one of the most monolithic yet intricate sonic fabrics yet committed to record. Cathedral’s subliminal call for a new, critical-mass psych-metal was only convincingly answered in 1996 when fellow English maniacs Electric Wizard recorded and discharged Come My Fanatics into the mocking void.