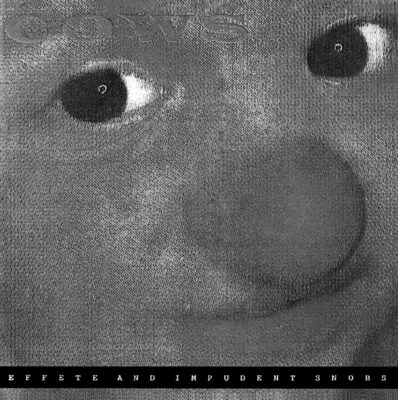 Possibly recorded in late 1989, Cows’ third album is an acid punk classic consisting of eight ultra-heavy, feedback-drenched noise-rock detonations, plus three outbursts of hardcore spiked with sick lysergic humour. Although some might argue that these latter tracks dilute what would otherwise stand as one of noise-rock’s most abrasive and uncompromising statements, they also embody the absurdism which is central to Cows’ brand of brain-frying, fuck-flying musical mania. Effete And Impudent Snobs stands as the most outrageous acid punk album since the heyday of The Butthole Surfers.