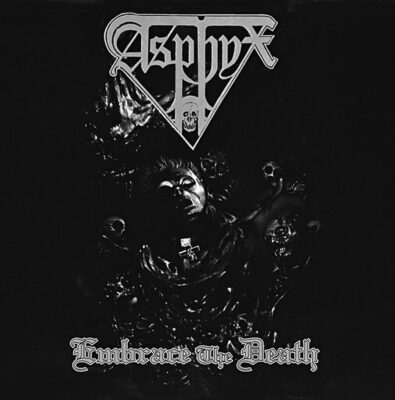 This hideous outburst of deathly, doom-crusted metal from the Netherlands was the first album by Asphyx, recorded in 1990 but too sickening to be released until 1996. In the manner of American death metal but with markedly slowed-down transitional phases, Embrace The Death shows how the new cult of extreme metal transgression was already prevalent throughout Europe as the new decade began, and remains one of the movement’s most uncompromising recordings from that year. The album’s intro and outro are horror movie soundtrack samples.