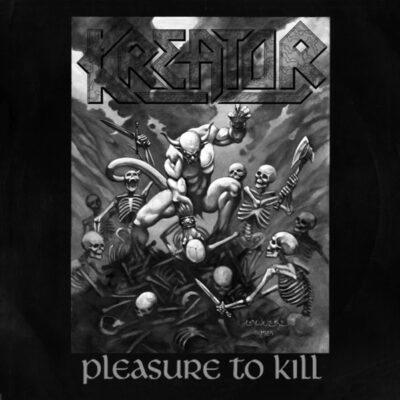 One of a few bands who in 1986 were operating in a zone pitched between the speed, thrash and underground metal strains – others notably include Dark Angel and Slayer – German unit Kreator veer away from earlier European purveyors of extreme metal both in style and subject matter. On Pleasure To Kill, Kreator’s nightmare world of death and corporeal destruction aligns more with the themes of American metal, while their music backs up the imagery with suitably brutal swathes of sick and claustrophobic carnage. Along with Slayer’s Reign In Blood and Dark Angel’s Darkness Descends, Kreator’s Pleasure To Kill completes a trinity of avant-garde 1986 works which stand among death metal’s primal precursors, abhorrent yet compelling in their bitter rejection of all comforting rock reference points.