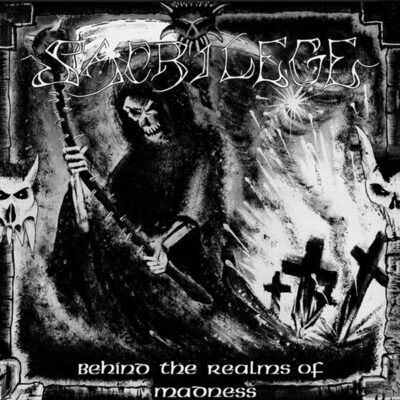 BEHIND THE REALMS OF MADNESS

The premium English punk-metal fusion album, a rabid, 26-minute hybrid assault of American-style “thrash” and UK “crust”, with savage guitars, relentless crashing beats and shouted female punk vocals. The words are mainly unintelligible, but seem to approach political concerns through a fantasy perspective, something which may have been noted by fellow blasters Bolt Thrower. With a striking cover design showing Death in a graveyard decorated with monstrous demonic skulls, Behind The Realms Of Madness is a total trip into multiple forms of midnight mania.