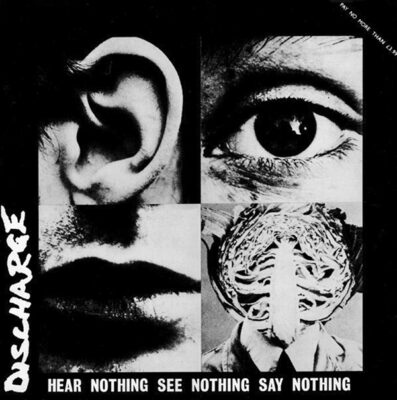 HEAR NOTHING SEE NOTHING SAY NOTHING

A pinnacle release of UK hardcore, Hear Nothing See Nothing Say Nothing is a relentless 27-minute blast of anarcho-noise with guitar sounds which would influence both punk and extreme metal music of the decade. Political protest and apocalyptic visions are the prime messages behind the music, which transcends all else with its manic intensity. Discharge’s D-Beat also spread to the hardcore scenes in many other countries, notably Sweden and Japan, as underground bands sought ever wilder extremes.