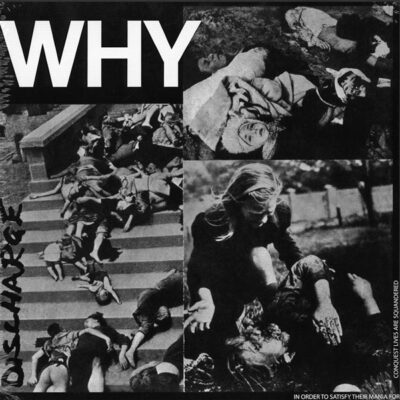 Punk rock didn’t die, it just took a few years for the music to find a form that truly reflected its intellectual content. Converging on the same point as Motörhead but from a differing cultural angle, 77 copyists Discharge reinvented themselves in 1980 as purveyors of blistering hardcore anarcho-punk. The first album using this new formation and approach was Why, a 15-minute, 10-track, 45rpm explosion of rage-shouts, extreme electric guitar contortions and a remorseless rhythmic attack which became known as D-Beat. From its emblematic anti-war anarcho-collage cover inwards, Why is the manifesto which set D-Beat on course to become a global phenomenon among underground punk and metal cults.