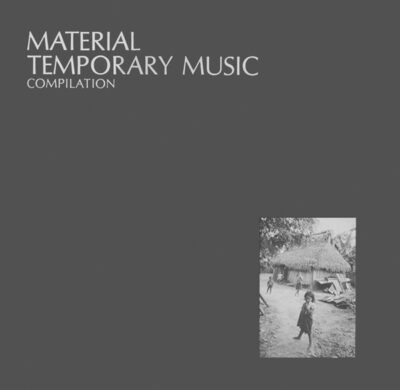 The last blast of New York’s No Wave movement. With Temporary Music, originally issued on two 12-inch EPs, Bill Laswell’s Material offered up a vision of mutant disco-funk-rock which at times recalls the seminal 1969 Coryell/Purdie fusion sessions, while looking forward to a new age of electronic interventions. Of the two original EPs, Temporary Music 1 (side A here) stands out due to the brilliant guitar playing of Chris Cultreri, who left before Material recorded the second. On Temporary Music 2, synthesizers fill the void left by Cultreri’s departure, noise becomes more experimental, and the rhythms become even more ferocious. Early use of sampling (voice recordings) adds to the texture of both sessions. Temporary Music emerged during the same period of time as Brian Eno and David Byrne’s funk-rock experiments, and is equally engaging in its explorations.