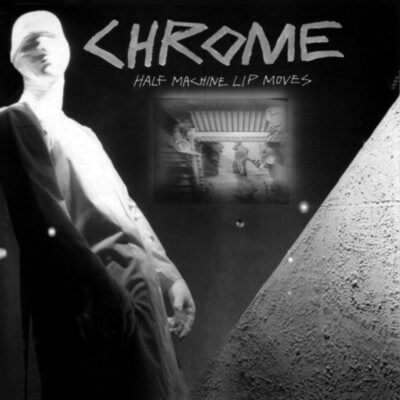 The “post-punk” detonation of rock norms continued on America’s West Coast where Chrome, led by vocalist Damon Edge and guitarist Helios Creed, unleashed Half Machine Lip Moves, a feral explosion of mangled distorted riffs, tape noise, primitive samples and splices, and psychotic SF imagery signalling the end of civilization. Hailed by some as an early example of “industrial rock”, Half Machine Lip Moves might also be remembered as a machine-punk juggernaut which auguried the imminent arrival, finally, of punk-music in its true form (hardcore). Unsurprisingly, Chrome’s corrosive masterpiece was largely overlooked while the mainstream press lauded safe bands like Devo, but time has revealed the true power of Half Machine Lip Moves and its position at the apex of American music in the wake of PiL.