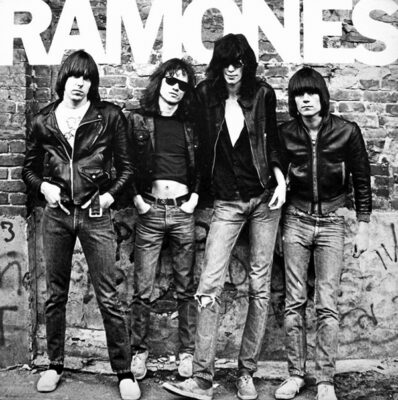 Ultimately the most significant in the trinity of crucial New York albums that shook up the music world, and beyond, in 1975-76. Ramones, four long-hairs in ripped jeans and leather, delivered an opus which in one fell swoop annihilated the ramblings of the rock mainstream in favour of abrupt, stripped-back blasts of degenerate aggression, a blueprint for much of the music which would follow in the next few years. Track A3, “Judy Is A Punk”, gave the music press a tag it could cling onto to quantify and tame this startling new approach, but not before its ripples spread irrevocably across the planet. Despite the craven sound-mix which reduces Johnny Ramone’s “chainsaw” guitar to a mere texture beneath a painfully elevated vocal, Ramones retains its power to destroy through joy.