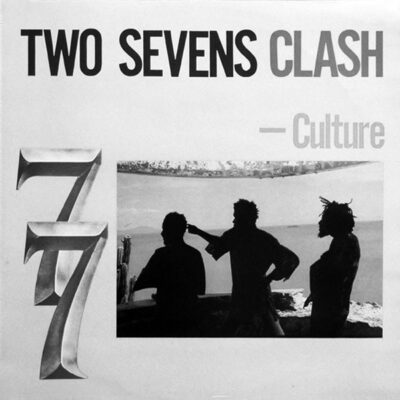 Roots reggae in a rockers style from Joe Gibbs studio, a new sound propelled by Sly and Robbie from house band The Professionals. Released in 1977, when the two sevens clashed, Culture’s debut album centred around an apocalyptic vision of divine retribution which inspired singer Joseph Hill to create this masterpiece of manners and stricture. Closing out the golden age of roots reggae in unsurpassable fashion, Two Sevens Clash stands as a towering pillar of musical wisdom in the age of armagideon.