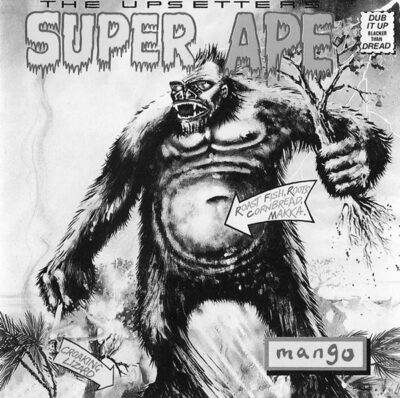 Originally released as Scratch The Super Ape and reissued by Island Records with a rearranged running order, Super Ape is one of a string of prime roots reggae and dub albums recorded at Lee “Scratch” Perry’s famous Black Ark studio in the mid-70s. On this album The Upsetters present a roots-dub fusion of styles, repurposing rhythms with Perry’s customary invention; toaster Prince Jazzbo is among those contributing vocals. Super Ape is among the key reggae releases of 1976, confirming Perry as supreme innovator, agitator, and saviour. Three years later Black Ark burned to the ground, an act later claimed by Perry to have been a deliberate exorcism of evil spirits.