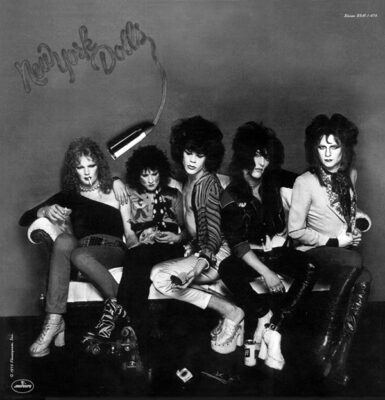 The only credible American glam rock album, by the only credible American glam rock band. Led by guitarist Johnny Thunders, the androgynously-appointed Dolls harness the essence of classic 50s rock and roll and 60s pop then process it through a 70s blaze of New York street-level electric abandon. But New York Dolls is not just the final classic glam rock album; it stands as a landmark recording, forever the moment when glam rock seeded its own future, revealing how it could and soon would evolve into something just as exciting, but even more transgressive.