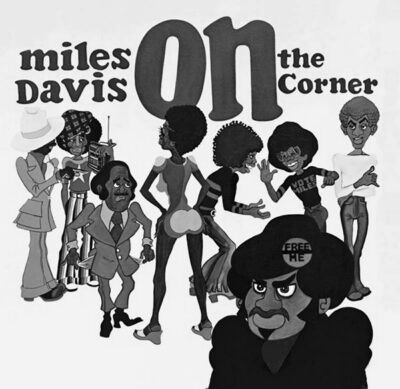 Miles’ last classic studio album, meticulously assembled by producer Teo Macero from two heavy recording sessions. On The Corner takes Miles’ studio experiments in fusion to their final destination, incorporating everything from Indian percussion and drone to street-level New York funk, all compressed into maniacal looped grooves and over-dubbed with an array of sonic effects. The result is a violently visionary opus representing a pinnacle of black music’s progress to that point. The music personnel on the album were not credited, but include guitarist John McLaughlin and keyboardist Herbie Hancock, then engaged in his defining Mwandishi project.