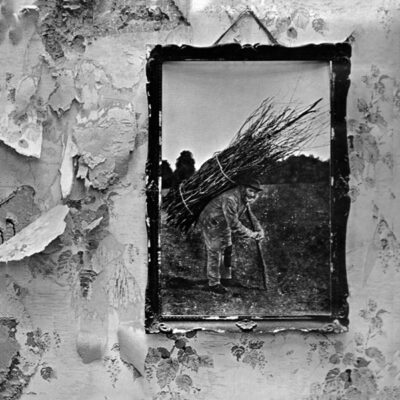 The culmination of Led Zeppelin’s initial phase, this album saw them drawing together the threads of their earlier music into a dramatically cohesive whole. Largely devoid of pop sensibilities – it doesn’t even have a title – Zeppelin’s fourth album presents a form of rock which aspires above all to the mythic, as previously evinced in tracks such as “Immigrant Song”. This mythopoeic approach to popular music requires both technical perfection and a cosmic vision, both present here in synchronicity. The transition from heavy to mythic is a move from blues towards metal, placing Led Zeppelin’s fourth LP thematically at the roots of the metal movement’s formative consciousness.