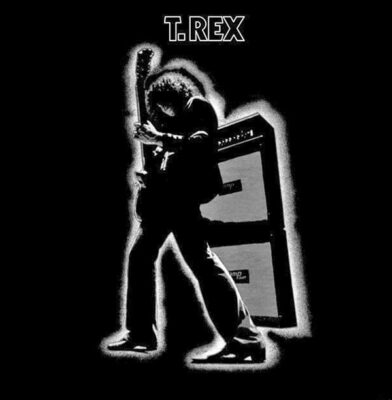 The first all-electric album by Marc Bolan’s T. Rex, fusing Bolan’s cosmic visions and velvet bop poetry with a pop-rock musical style evidently influenced by American guitar bands of the period like Creedence Clearwater Revival. Combined with the singer’s glitter-drenched persona, Electric Warrior stands as the first transmission of glam rock, a new British pop and fashion movement for the early 70s configured around androgyny and classic 7-inch singles. Two such releases, “Jeepster” and “Get It On”, can be found on Electric Warrior, and rank among the best of all time; many more would follow.