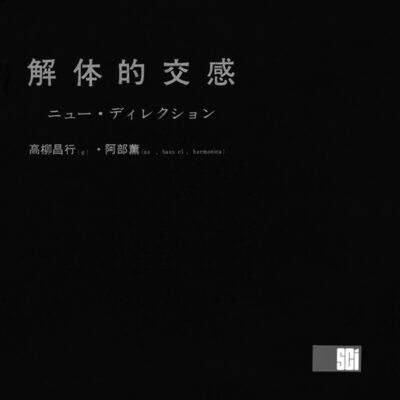 By 1970 free improvised music was gaining momentum not just in Europe and the UK – where Derek Bailey, Evan Parker and Hans Bennink released their definitive Topography Of The Lungs album – but also in Japan, where all underground Western music tropes were first assimilated and then regurgitated in extreme form. Recorded live at the Kousei Nenkin Kaikan, Shinjuku, Tokyo, on June 28, 1970, Kaitai-Teki Kokan (“Mutual Destruction”) is one of numerous events recorded by saxophonist Abe Kaoru during that period; here he is accompanied by experimental guitarist Takayanagi Masayuki, whose outbursts of electric noise complement Abe’s continuous and violent free-noise assaults, forming a coruscating peak of the improvisation movement. This trend of Japanese extremism would peak in the 1980s, when the hardcore punk emanating from Tokyo, Osaka and other cities rose to new heights of transliterated mania.