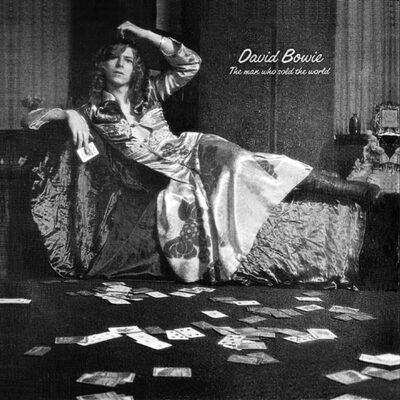 THE MAN WHO SOLD THE WORLD

After dabbling in folk and cabaret, English singer David Bowie made the wise transition into rock and roll by teaming up with electric guitarist Mick Ronson and bassist/producer Tony Visconti. The resulting album, The Man Who Sold The World, shows the emergence of a unique force in British popular music, with hard-edged claustrophobic rock married to words that purvey both enigma and dread. Ronson leads the attack, already showing why he remains one of the all-time greatest pop-rock guitarists. Bowie faltered with his next album, but he and Ronson would then enter their classic glam-rock phase and ignite the world in a 2-year blitz.