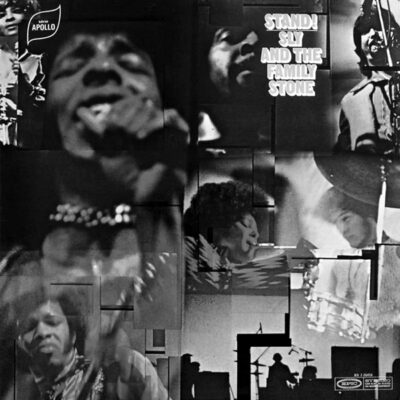 SLY AND THE FAMILY STONE

The fourth album by Sly And The Family Stone – formed in 1966 with a mixed-race, mixed-gender line-up – achieves the classic iteration of the band’s exuberant blend of soul, funk, rock and psychedelia. Stand! was another landmark in the most significant year for black music to date, a year when notions of Black Power and Afro-futurism fuelled an explosion in consciousness that would soon lead to the advent of the super-heavy funk.