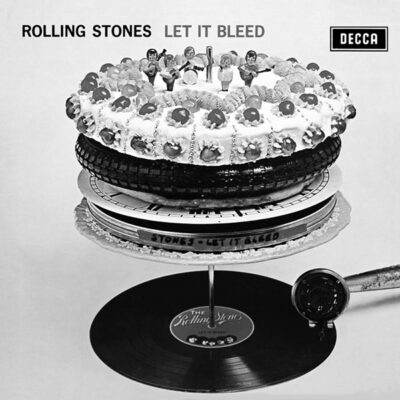 This classic Stones album raises the foundations laid on Beggar’s Banquet to the next level, ushering in a 4-year period when this group would create the pinnacle recordings of rock and roll’s first golden era. Keith Richards plays nearly all of the guitar parts while Mick Jagger assumes the crown of pop-rock’s leading lyricist, the pair conjuring visions of danger, debauchery, dread and despair in equal measure. Recording ended in November 1969, after which the Stones embarked on an ill-fated American tour which ended on December 6 with violence and murder at Altamont Speedway, crushing the hippie hopes of an era with a scorpionic reflux of pseudo-Satanic psychosis.