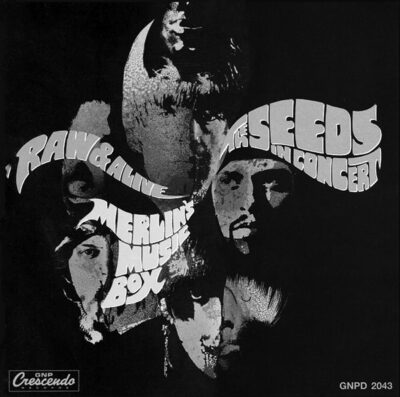 The Seeds bid farewell to the age of psychedelic garage with this climactic release, recorded live in the studio and overdubbed with the adoring screams of adolescent females. Raw And Alive’s mix of classic Seeds tracks plus new material, all delivered with manic energy, forges a classic valediction from one of the decade’s most maniacal purveyors of the true rock and roll faith. Vocalist Sky Saxon, originally inspired by witnessing the Rolling Stones when a teenager, went on to join a religious cult in Hollywood.