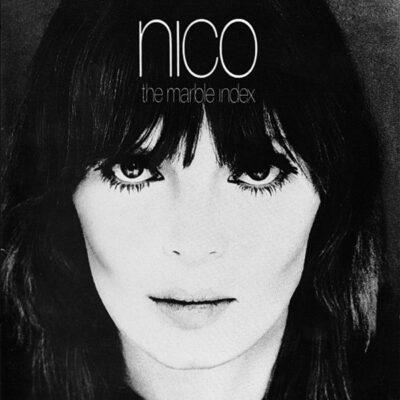 After recording her first album Chelsea Girl in 1967 – a mediocre interpretation of other people’s songs in collaboration with members of the Velvet Underground – Nico took control of her own musical destiny the following year, signing to innovative pop-rock label Elektra and using John Cale as producer. She also took up the harmonium, a droning pump organ, and wrote her own music for the first time. The result, The Marble Index, is a fragmentary fugue of mythopoeic visions and avant-garde sound gestures, an unrepeatable night-glamour wreathed in tragic Teutonic mystery. This glacial, fathomless insurrection by Nico and Cale remains among the masterworks of popular music.