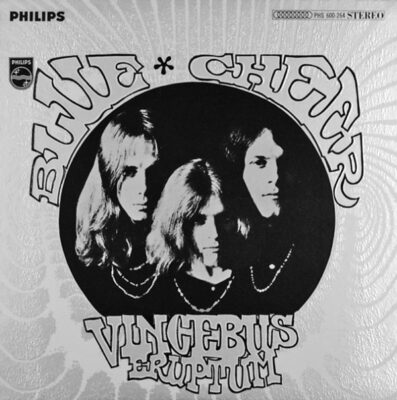 A foundational recording of blues-based heavy rock, if more abortion than birth. Based in San Francisco and named after a potent brand of street acid, Blue Cheer was a trio whose music was founded on drug-inspired extreme guitar noise with deranged psycho-delic soloing and riffing. Although Vincebus Eruptum, the band’s first album, betrays the band’s lack of original material by including three cover versions, their unprecedented extremity in approach reduces/elevates all six album tracks to the same level of head-crushing mania. An affirmation both of rock and roll’s primitive power, and of electric music’s potential for sonic mutation.