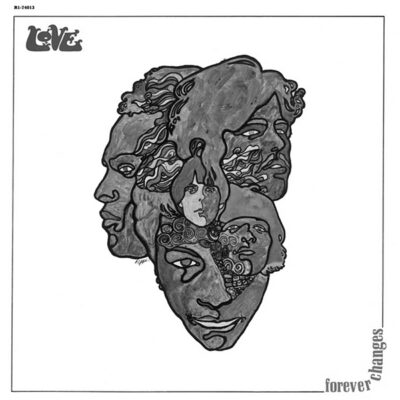 The third and greatest album from Love, a band formed in 1965 by singer Arthur Lee and guitarist Bryan MacLean. Forever Changes was reputedly written during prolonged LSD and heroin sessions held at an old mansion once owned by horror star Bela Lugosi, and recorded at a Sunset Boulevard studio during the summer of 1967. Love stripped down their sound to a kind of baroque psychedelia complete with horns and strings, moving away from amplified rock into uncharted sonic territory, an acoustics of melancholic acid beauty spiked with eruptive and disquieting sickness. Like a dream decaying into nightmare, Forever Changes retains its power to haunt the cultural labyrinth.