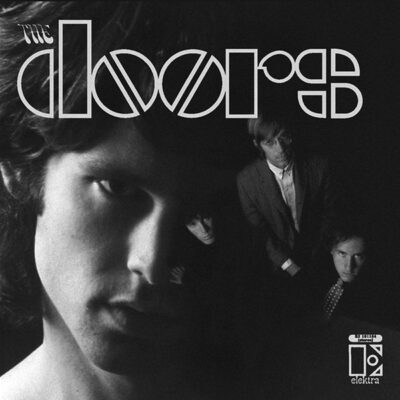 The debut album by The Doors was a sensational addition to the explosive rock and roll culture which by 1966 was poised to take over the world. With a driving organ sound and fronted by Jim Morrison, the most outrageous and sexually provocative singer-poet-shaman to yet emerge, The Doors were dark angels of apocalypse sent to indoctrinate America’s youth in the mysteries of the night. The Doors is a mesmeric fire-trip which climaxes with the sensory derangement of “The End”, a vertiginous descent into an underworld of spiralling psychosexual delirium and Oedipal terror which remains one of rock music’s defining compositions. The Doors would have been even greater if only its two cover versions had been replaced by the original songs recorded during the studio sessions – “Moonlight Drive” and “Indian Summer”, two of the band’s most seminal tracks.