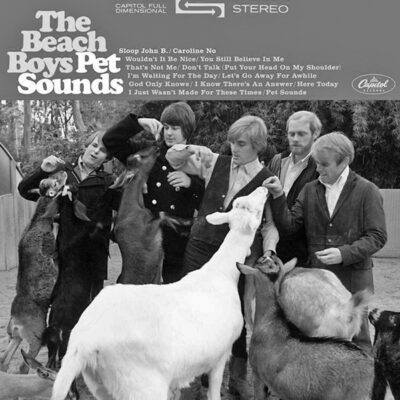 The perfect pop album – the only perfect pop album – was architectured by Brian Wilson, principal song-writer with Californian surf-pop band The Beach Boys, in response to what he perceived as recent advances in rock and pop production which threatened to render his group redundant. Somehow – some say with the help of various pharmaceuticals – Wilson created a modern masterpiece, filled with matchless songs constructed with layer upon layer of esoteric instrumentation and soaring vocal harmonies, and imbued with a profound sense of soul. Pet Sounds has never been equalled in its field.