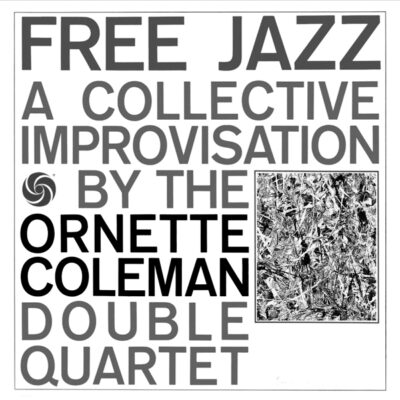 Released by Atlantic Records in 1961, Free Jazz was a modernist masterpiece from its Jackson Pollock cover image to its ground-breaking, genre-defining music. As part of a double quartet – which also included Don Cherry, Eric Dolphy and other nascent luminaries – Ornette spontaneously produced an exhilarating 36-minute séance which manifested the legacy of all improvised jazz whilst thrusting it forwards into a wide-open future. Whether you interpret its title as a statement of style or as an imperative ­– or both – Ornette’s Free Jazz towers above all other music created in 1960. It is the foundational recording of free-form jazz music – a new, secret aural codex for seditionaries, incendiaries and haunters of the dark.