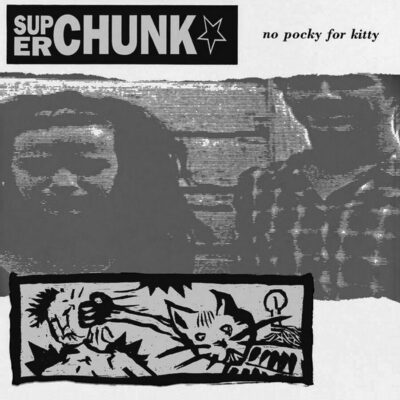 NO POCKY FOR KITTY

Assisted by engineer Steve Albini, Superchunk proved that the punk-pop paradigm previewed in 1983 by Hüsker Dü could still be viable eight years later. The band’s relentless high-energy thrust allows for no weakness in No Pocky For Kitty’s frontal assault, with a slam-wall of electrified commotion sustained by Albini throughout. Punk-pop was subsequently presented in a diluted and neutered form – at times with great commercial success – by a number of bands too mediocre to be mentioned in this book, but No Pocky For Kitty remains the feasible conclusion of its high-grade creative sound cycle.