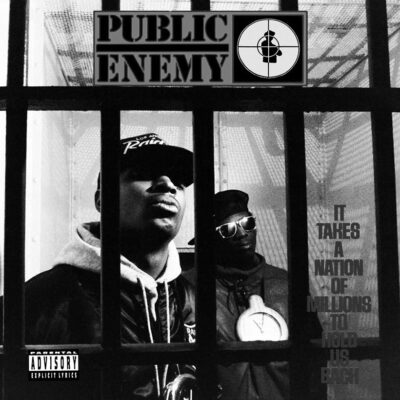 IT TAKES A NATION OF MILLIONS TO HOLD US BACK

After more than a decade of post-funk disco, electro and formative rap, hip-hop culture finally found its definitive musical voice with Public Enemy’s It Takes A Nation Of Millions To Hold Us Back – social protest and political rhetoric in the vein of The Last Poets, but backed by a new and abrasive aural mesh of samples (even including Slayer), beats, funk loops, scratching, and other massed synthetic effects. Against the explosive repetitions of this intricately-constructed noise (courtesy of production team The Bomb Squad), Public Enemy rail against all aspects of modern society in an unprecedented outburst of concentrated righteous rage.