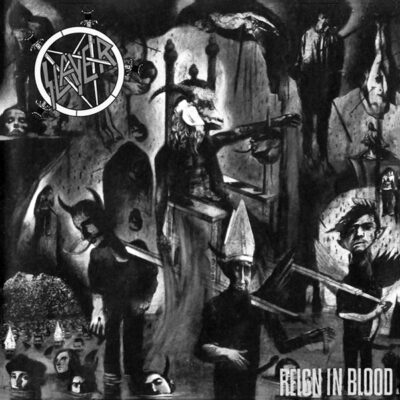 When Slayer recorded Hell Awaits in 1984 they were an underground band, but the rapid ascendency of metal music in the subsequent two years, propelled mainly by Metallica, meant that their follow-up album Reign In Blood was effectively released into the mainstream. This is the culmination of Slayer’s ferocious, death-dealing transmutation of hardcore into metal, a triumph for inspired alchemy over base fusion. Played at flesh-ripping velocity but distanced from mere speed or thrash, Reign In Blood presents metal as a murder weapon for the slaughter of the senses – fluid but tightly enchained by its own world-view, meaningless but burning with the power over life and death.