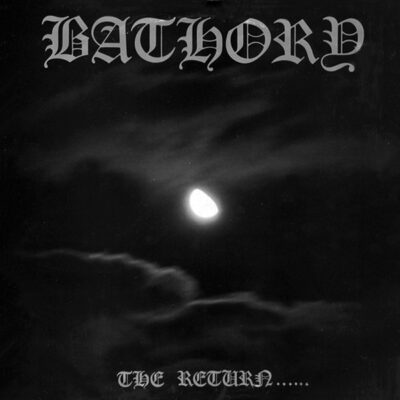 Sweden’s first essential contribution to underground metal. Alongside Germany’s Sodom and the Swiss Hellhammer/Celtic Frost, Bathory (essentially one man, the enigmatic Quorthon) stands as one of the unholy trinity whose mid-80s legacy underpins the eventual rise of the black metal cult in Europe. The songs on The Return… are sheets of electric noise driven by a mechanistic beat, from which a lone guitar occasionally separates to howl like a sick wolf at the moon. At the heart of the lo-fi production lies the voice of Quorthon himself, a guttural and demonic ejaculation of midnight torture. The occult music created by Bathory on this album, remarkable for its savage lack of remorse, is rivalled only by Celtic Frost for its maniacal dedication to an evil, apocalyptic riff structure as key to the heart of ancient darkness.