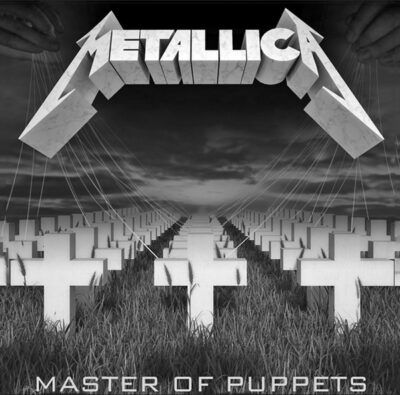 The culminatory recording of populist metal, before it turned ugly. With all residual traces of heavy metal inflection finally stripped from the vocals, Metallica went progressive for this magnum opus. Master Of Puppets is a massive work which exists in a zone of its own, its songs sculpted from titanic metal sound with mythic reverberations. Soon after the recording of this album, founding member and bass player Cliff Burton was killed during a promotional tour, bringing Metallica’s extraordinary initial phase to an abrupt and unwanted end. After this American metal took two paths – overground, where “thrash” became the vulgar norm, and underground, leading to nihilistic spasms of death metal delirium.