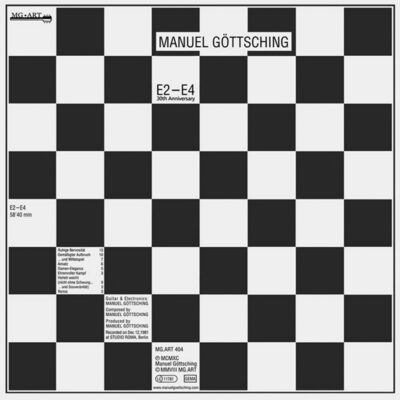 From music for airports to music for airplanes – Ash Ra Tempel guitarist Göttsching created E2-E4 to listen to on long flights, and in doing so made perhaps the first significant advance in ambient music since Brian Eno’s foundational recordings of 1978. A hypnotic, almost hour-long electronic loop overlaid with guitars, E2-E4 also utilizes a drum machine track, thereby linking it to the experiments in “ambient techno” music which would be made by UK’s Aphex Twin a few years later. The album’s title listings do not refer to separate tracks, but rather to movements within the main composition, which plays as one continuous piece. E2-E4 stands as the most original trance music since Terry Riley, updated for the new machine age.