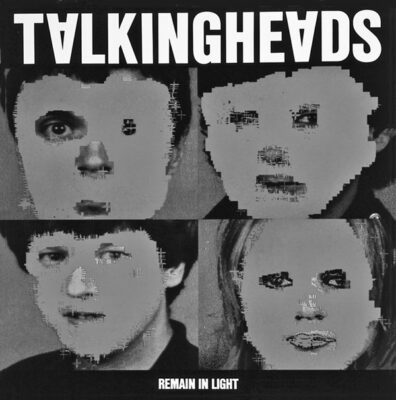 Brian Eno’s re-imagining of Afro-beat as a new funk-rock reached its apex on Remain In Light, representing a fusion claimed by many but previously achieved by none. This album with Talking Heads continues where Eno and the band’s frontman David Byrne left off with their My Life In the Bush Of Ghosts, but replacing the sampled voices of that earlier work with Byrne’s own sung lyrics of primal confusion. Opening with a succession of blistering funk-rock collages, Remain In Light gradually slows its pace before ending with “The Overload”, a droning tribal dirge. Track B2, “Houses In Motion”, features trumpet by Jon Hassell, collaborator on the third part of Eno’s interconnected “world music” trilogy from 1979-80, Possible Musics.