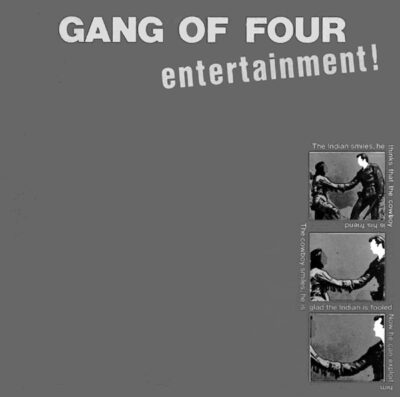 Marked by their overt political posture, Gang of Four produced a suitably abrasive music combining scratchy neural guitar attacks, tough white-funk rhythms and inflammatory half-shouted vocals, making their first album Entertainment! not quite like anything heard before. They never matched it, but its subsequent influence is clear to see; Entertainment! remains one of the quintessential releases of the UK’s immediate post-Pistols anti-rock period.