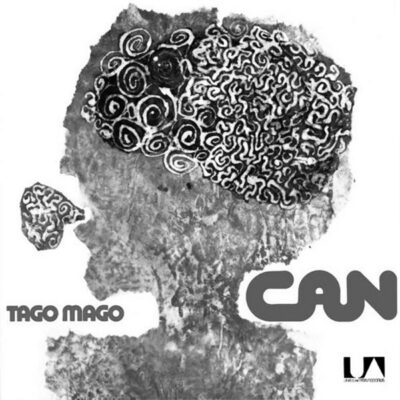 The German musical unit Can, formed in 1968, assumed its perfect form in 1970 with the addition of Japanese vocalist Damo Suzuki, just in time to record Tago Mago. This double LP remains one of the true cornerstones of experimental rock, expressing a pure European music ranging from icy funk to cut-up noise collages; like Yoko Ono’s Fly from the same year, the album ends in a sonic realm where the listener’s preconceived notions of popular music are tested to the limit, but ultimately rewarded with the unveiling of new perspectives. Tago Mago lies at the root of the relentless experimentation which, over the following years, would make the 1970s the most crucial decade of all in rock’s evolution and final series of creative peaks.