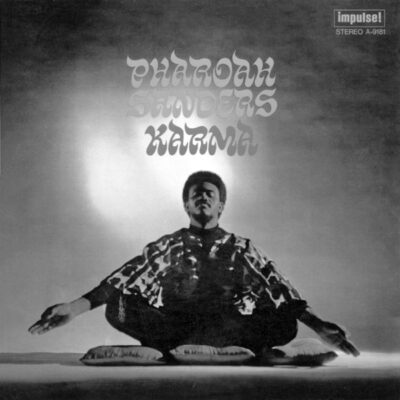 Karma represents the flowering of a cosmic jazz seeded by Sanders and John Coltrane on earlier albums, moving beyond free jazz concepts to utilise music as a conduit to higher states of consciousness. The pulse of life is configured in the album’s main 32-minute track, “The Creator Has A Master Plan”, which transcends some superfluous vocal intrusions as it builds to a chaotic crescendo. As Sanders’ masterwork, Karma remains an essential trip into the world beyond, marking a point when the core musicians of American jazz were embracing spiritual enlightenment, African cultural tropes and extraneous musical sounds in the quest for evolution.