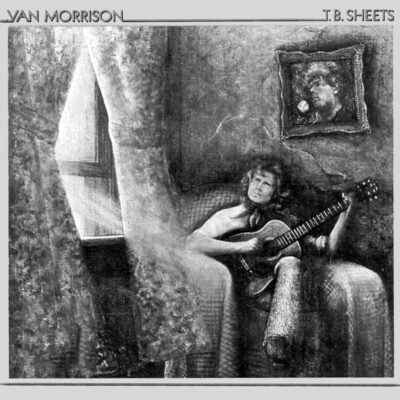 When Irish garage-band Them split up in 1966, singer Van Morrison relocated to America and signed to Bang Records, a label formed by former Them producer Bert Berns. Morrison recorded a number of tracks for Berns – some of which were released as an album, Blowin’ Your Mind – which are known collectively as the Bang sessions. Compiled and released in 1973, T.B. Sheets includes the best material from these sessions; astutely placing the hit pop single “Brown-Eyed Girl” last, T.B. Sheets instead highlights the first five tracks which show the genesis of the music which Morrison would fully realize, in acoustic form, on his seminal 1968 album Astral Weeks. On T.B. Sheets the singer’s soul-blasted poetry is backed by a serpentine electric sound, led by guitarist Hugh McCracken, which imbues the sessions with a raving claustrophobic undertow. As Nick Kent once commented, this is Van Morrison raw and blitzed.