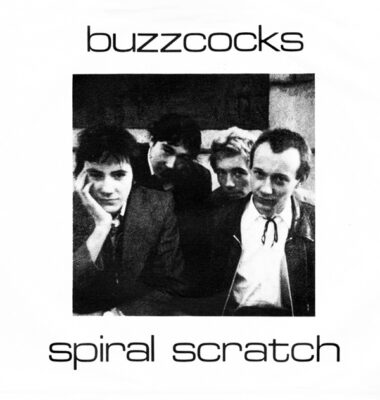 Inspired by the Sex Pistols, Manchester band Buzzcocks were founded in early 1976 by singer Howard Devoto and guitarist Pete Shelley. Spiral Scratch, produced by Martin Hannett late that year and released in 1977, marks the beginning of an underground movement in which independent record labels and bands would forge a nationwide network undermining the established order, a phenomenon which became known as the “punk rock” explosion. The four tracks on Spiral Scratch were the only officially released document of original Buzzcocks; after this Devoto left to form Magazine, but Buzzcocks carried on with Shelley as frontman and both bands went on to produce brilliant debut albums and numerous classic 7-inch singles as the UK erupted in a revolutionary spasm of unbridled creativity.