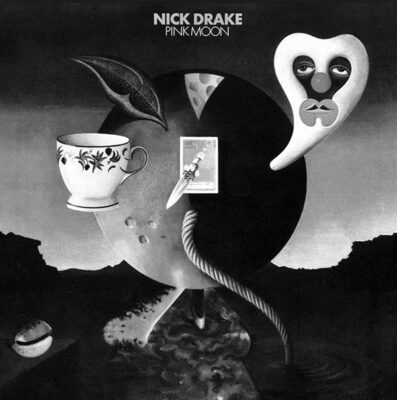 The third, final and definitive album by Nick Drake, the rock star who was never a rock star. Drake never went electric either; like side two of Dylan’s Bringing It All Back Home, Pink Moon is beautiful rock music for voice and acoustic guitar. Nick Drake released no more work, and died from a prescription drugs overdose in 1974, legally adjudged to have been suicide. It is often said that Pink Moon confirms such suicidal tendencies, but nothing about the album actually suggests that; on the contrary, Pink Moon is a radical celebration of life in all its complex phases.